Posted on December 28, 2015 by michaelpatrickwelch

Rhythm and Blues singer Irma Thomas is so authentic that only she could play herself in the theatre adaptation of her life, Simply Irma. Well, for most of the time.

“Actually, of the 24 song of hers in the play, a younger actress sings four,” says Anthony Bean, proprietor of the Anthony Bean Community Theater and author of the Simply Irmascript.

“In real life, Miss Irma is so quiet and sweet, so in my version of how her life should be like, I got her dressed up like the Supremes, bigger than life, and then she comes out on stage and crashes the whole thing – ‘This is not who I am’ – and then she starts telling the story herself,” says Bean.

While waiting for the night’s rehearsal to begin, Thomas herself told NewOrleans.me, “When I entered the business I already had three kids. I’d been fired from my restaurant job for singing. Previously I’d been a dishwasher and was fired for singing on that job – I was just keeping myself company, but my white bosses didn’t like the music I was singing.”

“When you get fired though, you do what you need to do. For me that was singing. It’s called survival. People ask me how I did all that with three kids, ‘Well, you survive! You don’t think about how you’re gonna do it you just do it.’” CLICK HERE to read the rest at NewOrleans.me…

or just gaze longingly at this photo of Irma and me! 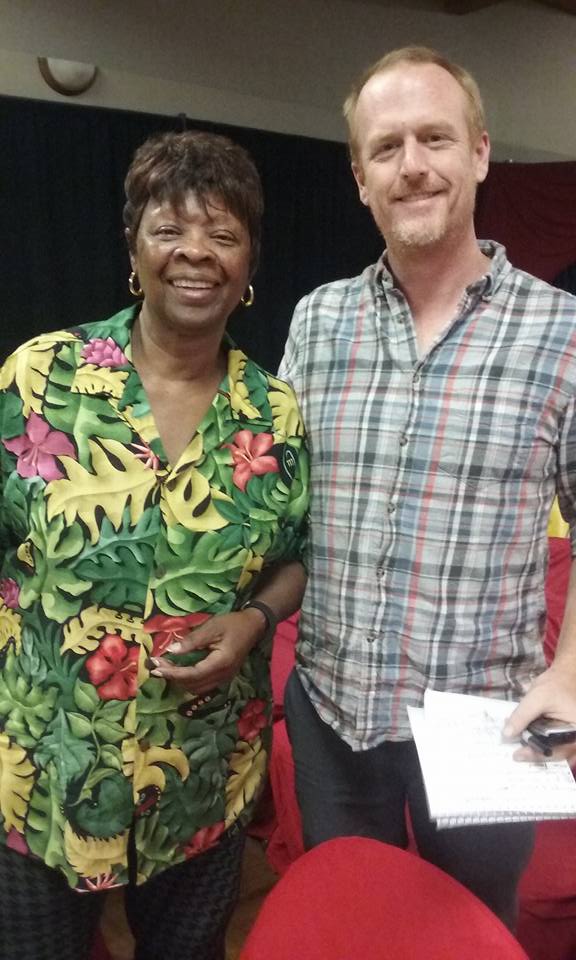